Learning From Encounters With Spirits 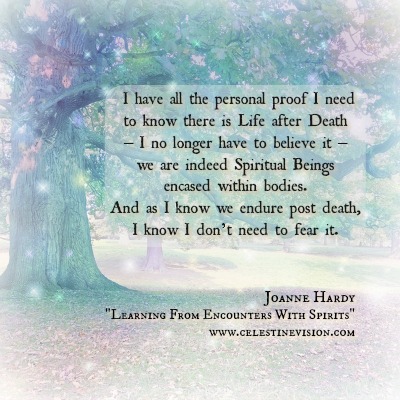 As I write this, I’m very conscious that if I’d undertaken this activity centuries ago, I would have most likely been hanged or burnt at the stake for the words I’m about to document. I’d have been seen as a witch, a heretic, crazy, and perhaps even a danger to society. But thankfully the year is now 2018, and I find myself in a place where a new age of Spiritual confidence is rippling across humanity, and more and more people are talking openly about their paranormal experiences.

Looking out at our current social climate, it’s clear to me that the Conscious Evolution is happening. And our Spiritual Development isn’t just something that monks sat on top of the Himalayas are experiencing – it’s happening to millions of us every single day.

I’ve personally had encounters with Spirit energies regularly throughout my life, and whilst I was scared of them as a child, and didn’t know what to do about them in the first stage of my life, there have now been so many experiences that I can’t explain with Physics that I’ve got to the point where I can’t put them to one side any longer.

To share with you some of my first-hand experiences, I can testify that: I once saw a ghost manifest in my living room; I’ve smelt the perfume and aftershave of loved ones who’ve passed away; I’ve witnessed objects move for no physical reason; and I’ve regularly sensed the presence of spirits, feeling the air move around me in sealed rooms. I’ve seen terrifying shadow beings float through my bedroom and become paralysed by their dominant energy; and I’ve had white feathers materialise in front of my eyes inside confined spaces.

Twelve years ago, my Grandma was at the point of death, and when her time to depart was only hours away, I sat with her, holding her hand as she lay in her hospital bed. She was saying goodbye to me, and talking only using the past tense, and then suddenly her eyes focused beyond me and I watched as the look of love suffused her entire being – an awe-inspired smile appeared on my face and tears crept into my eyes as she told me my grandad had arrived. When I looked behind me, I saw nothing, but I knew from the surge in her energy that he was indeed there. He’d come to collect her. And I have complete faith that when she died later that evening their loving soul energies were reunited.

Since my grandparents crossed over, I’ve had lucid dreams where I’ve talked with them consciously –  and these incredible conversations we’ve shared always feel like they’re being held in a different dimension to my normal dream-world. And I know many others who say they’ve also talked to their departed loved ones in this alternative dimension.

My most incredible encounter with a spirit occurred last year, two days after my beloved dog, Walter, had had to be euthanised due to cancer. I’d gone to bed and I was struggling to sleep, absolutely consumed with grief – and to understand what happened, you should know that Walter had been a very big dog (a truly gentle giant), who I’d shared a special bond with, and he’d lived his life forever at my side. He’d always slept in my bedroom, and would lie on the floor at the side of me, but frequently he’d put his chin on the mattress, and stand there waiting for me to pat the bed and tell him that he could jump up to lie in the curl of my legs.

So, that night last year, I’d gone to bed, and my eyes were refusing to stay shut – I’d begun to think sleep would be impossible – and then I magically felt the weight of Walter’s chin fall upon my duvet. In shock, I sat up and couldn’t believe my eyes when I saw that his spirit had materialised and Walter was standing at the foot of my bed, waiting for me to invite him up. With tears quickly pooling in my eyes, I patted the bed and told him he could come up. And as he climbed onto my bed, it astonished me as I felt the weight of his body lie down by my feet. And I’m looking at him, trying to process my reality, thinking that I know that he’s dead.. and as I reached out to touch him, my tears started to fall rapidly – I was so fearful that my hand would pass straight through him,  because I knew his body didn’t exist anymore.

However, when my fingers reached his beautiful face, I couldn’t have felt more blessed than in that moment when I discovered he didn’t disappear, but rather found I was wondrously able to hug him. I fell asleep with my head resting on Walter’s side, both of us curled up together at the bottom of my bed. Then, when I woke up the next morning, he’d gone, but I knew that he was OK. And that gaping hole that had appeared in my being from losing him was soothed.

Continued on next page >>>