The History Of The Celestine Series 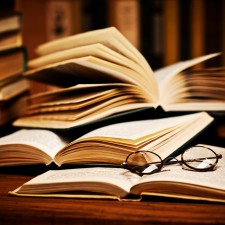 The Celestine Prophecy has become one of the most successful books of all time. It stayed on the New York Times Best Sellers list for over two years and became the Best Selling American Book in the world, for two years.

Using an adventure parable approach, where the reader identifies with characters who are seeking greater spiritual experience, The Celestine Prophecy created a “model” for spiritual perception and actualization. It resonated with millions of people and focused on the mysterious coincidences that occur in each of our lives.

As Redfield writes on The Celestine Vision, his non-fiction title published in 1997, “The actual writing of The Celestine Prophecy occurred from January 1989 through April 1991, and was characterized by a sort of trial-and-error process. Quite amazingly, as I remembered earlier experiences and wrote about them (placing them into an adventure tale), striking coincidences would occur to emphasize the particular points I wanted to make. Books would show up mysteriously, or I would have timely encounters with the exact sort of individuals I was attempting to describe. Sometimes, strangers would open up to me for no apparent reason and tell me about their spiritual experiences.”

Feeling kind of “stuck” at one point, Redfield went to the high-energy vortexes of Sedona, Arizona – an area that he and many others regard as a sacred place. As he recounts in an interview in Body, Mind, Spirit magazine: “I was sitting on a ridge near the Chapel Vortex and trying to work with the notes for the book. It was not coming easily. All of a sudden, a crow flew out of the canyon and right over my head and then flew back into the canyon. I continued to make notes. I was having some trouble getting the story to flow out of me. The crow came out of the canyon again and flew over me, then back into the canyon, so I went into the canyon, and when I sat down the book just came pouring out.”

The flow halted, however, when Redfield began sending The Celestine Prophecy to publishers. He did receive a few offers, but they did not seem right. “The companies all wanted to take between a year and 18 months to get the book out. I felt the book was timely and that we should get it out right away. All the coincidences stopped, and I felt dead in the water. I was interpreting the complete lack of publishing opportunity as a failure, a negative event, and that was the interpretation that had stopped the coincidences that I felt had been leading me forward. When I realized what was happening, I snapped to attention and made more revisions to the book, emphasizing this point.”