How Intuition Can Work For You 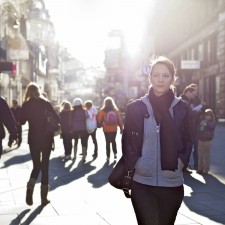 Each of us can be Intuitive. This is true, regardless of our personality, culture, or religious background. Your Intuitions are guiding you to your intended, Spiritual direction. They are an authentic part of our mental toolkit that predates civilization. We simply have to discover how Intuition works to expand our ability, and if you’re like most of us, you’ve already sensed and acted on an Intuition, at some point in your life.

Perhaps you had a hunch to strike up a conversation with another person. And looking back, you realize that one conversation was the beginning of a close, even lifelong, friendship. Possibly at some point, you had an image of yourself doing something in the future, and later you were surprised when that exact vision came true in your life. Maybe you even had the feeling to travel another way home from work, only to find out later that there was a bad wreck just where you would have been on your usual route. All these events represent the workings of the Intuitive faculty of your mind, and they happen at some point in everyone’s existence, yet for the most part, we don’t take them seriously.

Why isn’t everyone aware of Intuitions? Unfortunately, as we study science, technology, and logic, our rational thoughts develop and become primary. Therefore, we lose touch with the importance of this deeper, instinctual knowing.

When I say this, I’m not discounting rationality and science. Rational decision-making is important. However, I am suggesting that we can complement our strategic thinking about the world by sharpening our Intuitive ability. When we begin to apply our Intuitive thoughts, we can enhance our levels of success, fulfillment, and prosperity, almost miraculously.

It is important to know why Intuition became so devalued. Science was rediscovered and developed through Greek philosophy until it became fully illustrated by Galileo in the Seventeenth Century. Over time, thinkers immediately realized the importance of this “approach to discovery” as an organized method to explore the world, and eventually adopted Scientific Methodology globally. Now, it is widely instituted in every nation in the world and is frequently relied upon, by most, to supply us with the facts about the Universe.

Recall how the Scientific Method works. Scientists observe a phenomenon in the world; for example, the Sun. They draw theories or explanations about how it works. These theories are then offered to other scientists for examination, and it is either rejected or agreed upon and accepted. If it is rejected, then other scientists submit to provide a better explanation of the Sun’s nature. If it is accepted, the theory then becomes the reigning truth about how the Sun works – at least until another scientist later proposes a new concept that is proven to be more truthful.

So in this manner, science went out, centuries ago, and mapped out the world around us in great detail. And to some degree, left us with a basic certainty that we know what to expect in our daily lives. However, the problem lies in the fact that science chose to investigate the most obvious phenomenon first. For instance, the workings of the physical world, the biology of the human body, the study of weather and how to cultivate food crops, among other things.

Only thereafter has science advanced to explore more subtle phenomena, like Intuition – that which arises in the working of our minds. Still, many scientists have refused to believe this realm of mind or consciousness even exists. In fact, most scientists view the mind purely as part of the physical brain. In other words, they think that Intuitions, along with other PSI phenomena (including more subtle extrasensory perception such as precognition, clairvoyance, and psychokinesis) are mere fantasies.

I call this “lazy science,” because such a disregard violates one of the fundamental principles of science. Specifically, that scientists should thoroughly examine any part of nature (particularly the more subtle parts), even if it means suspending one’s skepticism fully while attempting to classify a phenomenon as authentic. And once you look at these inner abilities, especially Intuition, you can’t help but notice that these are experiences people are having everywhere.

Further, there is growing evidence suggesting that all of our PSI abilities occur because our minds are much larger than our bodies. They also join with others’ minds, including a larger, transcendent, ONE MIND.

The greatest indication for Intuition lies in how it consistently is experienced by people all over the world, and across all cultures and religions. With every passing day, we gain increasing amounts of research from scientists in the expanding field of CONSCIOUSNESS STUDIES. These studies reveal how it works, and how we can use this new-found ability to enhance our lives dramatically.