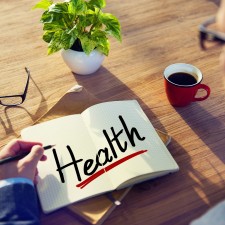 Dr. Mercola’s “Welcome To The Beginner Nutrition Plan” is perfect for anyone who would like to look better, feel better, and ultimately become healthier. In this plan, he takes the reader through a series of steps that contribute to a healthier lifestyle and an improved well-being. Here is a summary of the big takeaways from his beginner diet plan.

Gluten is the primary protein in wheat and has been shown to cause unfavorable immune responses in many people who often show no visible symptoms. The gliadin molecule is capable of causing toxic reactions in the body that trigger an immune response (similar to the one that somebody would get from an infection), making it a significant problem.

When eliminating gluten from the diet, it may take up to 30-60 days for inflammation to subside and upwards of 9-12 months for the lining of the small intestine to heal. However, there have been rare cases, in which, people have seen significant improvement in symptoms after just a few weeks of a gluten-free diet.

Unfortunately, other unknown food allergies and sensitivities are also a problem for about 75% of the population, and most people don’t even know it. Craving a particular type of food, but feeling miserable after eating it, is a common sign of a food sensitivity.

It will usually take a person about 6-9 months of going gluten-free, to notice significant changes in physical and emotional health. During this time, Dr. Mercola states it is important to avoid highly allergenic foods such as:
Wheat
Barley
Rye
Kamut
Baked goods
Teff
Spelt
Soy and Soy oil
Pasteurized cow’s milk products
Couscous

Dr. Mercola urges people to make at least 1/3 of their daily food intake raw (uncooked foods) because beneficial micronutrients are damaged during the cooking process. A diet that does not contain raw foods puts one at high risk of nutrient deficiencies. This is a primary factor in why people overeat and become obese as their bodies keep craving nutrients. If a person is always hungry, it’s a good sign that he or she isn’t meeting the nutrient demands their body requires.

One vital sustenance for humans is sunlight. Sunlight can be absorbed through the skin as well as from eating foods that hold a lot of it. The more natural sunlight the food takes in and stores, the more nutritious and beneficial it is to the body.

Dr. Mercola suggests making vegetable juicing or BLENDERIZING, a part of one’s daily routine to make it easier to hit the goal of 1/3 raw foods in one’s nutrition plan.