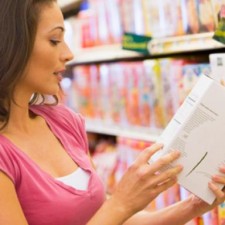 I found this article while I was looking for a list of the American food ingredients banned in other countries. It is still hard to believe that the US allows these ingredients in our food. This is an updated article by Cristina Goyanes, on Shape.com.

You think the FDA has your back? Sure, they proposed two new regulations to increase food safety measures. Particularly on how food processors and farmers can work better to keep their fresh products free of dangerous bacteria (remember that killer cantaloupe outbreak from 2011?). While it may seem like the government is out to protect us from harmful, even fatal, food-borne illnesses (which cause some 3,000 deaths a year), they don’t completely have our best interest or health in mind.

“For numerous, suspicious and disturbing reasons, the U.S. has allowed foods that are banned in many other developed countries into our food supply,” says nutritionist Mira Calton. Together with her husband Jayson Calton, Ph.D., wrote a new book “Rich Food, Poor Food” due out this February.

The Calton’s studied more than 150 ingredients and put together a comprehensive list of the top 13 problematic products that are forbidden by governments, outside the U.S., due to their detrimental effects on human health. It was a six-year expedition that took them to 100 countries on seven continents.

“If you see any of the following ingredients listed on the nutrition label, don’t buy the product,” Calton warns. “Leaving these banned bad boys on the shelves will speak volumes to grocery stores and food manufacturers about what informed consumers just won’t tolerate.”

Found in: Cake, candy, macaroni and cheese, medicines, sports drinks, soda, pet food, and cheese
Why the U.S. allows it: We eat with our eyes. “Recent studies have shown that when food manufacturers left foods in their natural, often beige-like color instead of coloring them with these chemical agents, individuals thought they tasted bland and ate less, even when the recipe wasn’t altered,” Calton says. This may explain why the use of artificial dyes—the most popular being red 40, yellow 5, and yellow 6—have increased five-fold since 1955.
Health hazards: Back in the day, food coloring came from natural sources, such as saffron and turmeric. “Today most artificial colors are made from coal tar, which is also used to seal-coat products to preserve and protect the shine of industrial floors,” Carlton says. “It also appears in head lice shampoos to kill off the small bugs.”

Found in: Fat-free potato chips
Why the U.S. allows it: Procter & Gamble Co. took a quarter century and spent a half a billion dollars to create “light” chips that are supposedly better for you, Calton says. They may need another half a billion bucks to figure out how to deal with the embarrassing bathroom side effects (including oily anal leakage) that comes with consuming these products.
Health hazards: “This fat substitute appears to cause a dramatic depletion of fat-soluble vitamins and carotenoids, robbing us of the vital micro-nutrients,” Calton says. He also says that many countries, including the U.K. and Canada, have banned it.

Found in: Sports drinks and citrus-flavored sodas
Why the U.S. allows it: BVO acts as an emulsifier, preventing the flavoring from separating and floating to the surface of beverages, Calton says.
Health hazards: “Because it competes with iodine for receptor sites in the body, elevated levels of the stuff may lead to thyroid issues, such as hypothyroidism, autoimmune disease, and cancer,” Calton says. That’s not all. BVO’s main ingredient, bromine, is a poisonous chemical that is considered both corrosive and toxic. It has been linked to major organ system damage, birth defects, growth problems, schizophrenia, and hearing loss. This explains why it has been prohibited in more than 100 countries.

Waking Up To Corruption

Map To a Better World