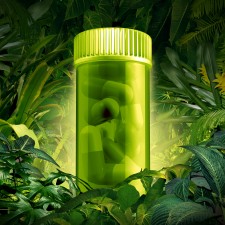 I want to share an article, Why Essential Oils Heal and Drugs Don’t, by Dr. David Steward Ph.D. This article is one that my family and I found especially helpful, because of the information about essential oils and modern medicine. It explains why so many drugs have dangerous side effects. Dr. Stewart clearly states the resurgence of natural remedies and the healing qualities of essential oils. Enjoy.

If you tell most medical doctors that essential oils bring about healing with no negative side effects, they won’t believe you. This is because, in medical school, students are repeatedly told by their professors that all effective medicines have negative side effects, and if they don’t, they can’t be beneficial.

When I was in medical school, one professor emphasized this point in a colorful, graphic manner with specially prepared slides. In each slide, specific drugs were depicted as evil looking demons or goblins. As he presented each picture, he explained, “Although ugly and capable of doing harm, these ‘demons’ are also the bearers of some good. So long as the benefits outweigh the risks, we use them,” he summarized. “We have no choice,” he continued, “because if a drug has no dangers, then it can have no benefits. That’s just the way it is. And that’s why it is essential that only qualified physicians be allowed to prescribe medicines,” he concluded.

Actually, the professor was telling the truth. Within the restricted practice of allopathy (MDs) the only real medicines are physician prescribed pharmaceuticals. Such medicines will always have negative side effects. All of them. No exceptions. Hence, doctors are trained to accept the bad with the good, as is the price of effective medicine.

The Danger is in the Drug Itself

The dangers of prescription drugs are fundamental to the drugs themselves, not in how they are administered. No matter how careful the physician is in prescribing and how compliant the patient is in following doctor’s orders, even then, deaths and damages occur. In fact, according to the U.S. Centers for Disease Control, more than 100,000 Americans die every year. Not from illegal drugs, not from over-the-counter drugs, not from drug overdoses, and not from drug abuses. But from properly prescribed, properly taken prescriptions. In this country, more people die from doctor’s prescriptions every ten days than were killed in the 9/11 terrorist attacks.

Why is this so? Why do allopathic drugs always have undesirable effects (along with their apparent benefits), while one can instead find healing with natural products, such as essential oils, with no adverse effects? Here is why.

It is illegal to patent any natural product. The way to big profits in the medicine industry is to create an unnatural substance that never before existed in nature, patent it, and obtain a monopoly. Hence, the molecules of pharmaceutical drugs are all strange to the human body. In all the history of humankind, such molecules were never encountered or taken into any human body. Therefore, the body does not easily metabolize them. God never made your body to accept and deal with these chemicals and antibiotics.

Non-toxic, natural, organic substances are usually quickly eliminated from the body when their usefulness has run their course. Up to a point, your body can even deal with and remove natural toxic substances. But when your body receives a synthetic substance, even one that may seem benign or inert (like plastic), your body does not know how to metabolize and then dispose of it. If sent to the liver to break it down into disposable compounds, the liver says, “Hey. What is this? I don’t know what to do with it. Here kidneys, you take it.” Then the kidneys react saying, “Hey liver, don’t send it to us. We don’t know what it is either. Send it to the pancreas. Maybe it will have an enzyme that can deal with it.” Then the pancreas objects, “Hey guys, what do you think you are doing? I don’t want this stuff. Dump it in the blood or the lymph or try the spleen. Maybe the spleen can filter this thing out or something.” Finally, the substance ends up in the long term waste holding area of the body (usually fat tissue, including the brain) where it can remain for years and even for a lifetime, disturbing normal body functions as long as it remains. That’s why you can find traces of prescription drugs in your body taken in childhood, decades ago.

On the other hand, natural molecules, such as those found in essential oils, are easily metabolized by the body. In fact, your body was created to handle them. When an essential oil molecule finds the receptor sites it was designed to fit, and then conveys its information to the cell or participates in other therapeutic functions, it then goes on its way to the liver and the kidneys and moves out of the body. Its benefits have been conveyed, and its job is complete.

By contrast, the unnatural molecules of man-made drugs attach themselves to various tissues, disrupting the normal function for years while the body tries to figure out what to do with them. Meanwhile, they wreak mischief with our bodily functions and even our minds.