The Dangers Of Hydrogenated Soybean Oil 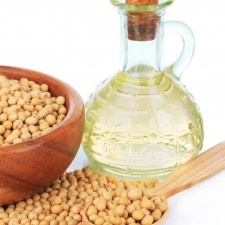 Hydrogenated soybean oil shows up in an incredible amount of processed foods today, and it isn’t something that most people would immediately think of as bad. After all, “soybean oil” sounds like something that might even be healthy. However, the truth is soybean oil is incredibly harmful, and you should eliminate it from your diet.  According to Dr. Mercola’s article, “Everything Wrong With Our Modern Diet,” soybean oil is a hydrogenated oil and is a  dangerous ingredient second only to high fructose corn syrup.

The Process of Hydrogenating Oil

The Potential Dangers of Hydrogenated Oil

Hydrogenated oil may cause cancer, obesity, asthma, diabetes, heart disease, decreased immune system, increased bad cholesterol and reproductive problems. Many of these issues are directly related to the trans fats that remain in the partially hydrogenated oil. Hydrogenated oil is something that absolutely cannot be found in nature. The process that is used to synthesize this oil increases the dangers. The concern regarding hydrogenated soybean oil does not only involve the process of hydrogenation — it also involves the bean itself.

The Potential Dangers of Soybeans

Soybeans were long considered to be extremely healthy. High in protein, they were even touted as being one of the most perfect snacks.  However, researchers are now finding soy to be very dangerous.  Soy grown in the United States is often a genetically engineered crop that is extremely high in fat. The high fat content in soybean oil is only worsened by the process of hydrogenation.  Moreover, soybeans have some inherent problems.

They can mimic estrogen within the body, thereby throwing hormones into a state of flux. They also contain toxins, called anti-nutrients, which may inhibit the ability for people to digest the very protein that is supposed to make them healthy. Even straight soybean oil, which has not been hydrogenated, is still not compatible with a truly healthy diet.  Monsanto has developed some specialty soybeans that claim to be healthier, but genetically engineered crops should be met with some skepticism. There have been scientific studies that indicate that genetically engineered soybeans are linked to infertility in animals, and no comparable tests concerning humans have been run to determine whether there could be a risk.

There are a few easy and healthy alternatives to the use of hydrogenated soybean oil. As soybean oil is found in many processed foods, home cooking is an excellent solution. Rather than using soybean oil, people should use butter or coconut oil — olive oil is also another healthy oil that contains good, raw fats. Most importantly, people must avoid foods that are designed to be “shelf-stable” and that contain artificial ingredients such as hydrogenated soybean oil. 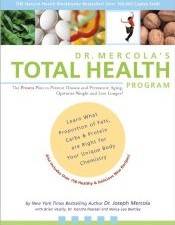