Communication: Essential To A Lasting Relationship 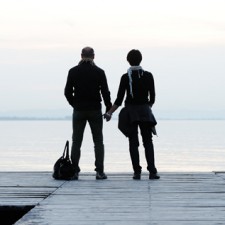 A close friend recently shared her story concerning her troubled relationship. She was known as a very open person who had a strong desire to voice her affections and needs, as well as confront concerns about her relationships. During her recent relationship, she revealed how the lack of communication was the ultimate downfall for their, otherwise seemingly perfect, companionship.

My friend had experienced past relationship failures. She ultimately felt each partner did not reciprocate her love in the same manner, which led her to view herself as the one that was unusual. Yet, this relationship seemed to have all the key factors considered fundamental to a long lasting romance — trust, compatibility, security, and comfort with one another. They held a common respect for each others separate lives as well as the one they shared together. From the outside looking in, the only thing missing was their inadequate communication skills. She went on to explain to me that he seemed to shut down anytime she would share her feelings or talk to him about the importance of their relationship.

The moment of awakening came to her, in one instance, as she was overcome with the tragic loss of a close friend. She felt the need of her partner to hold her and listen. But she explained to me, “He just laid there, not even facing me or acknowledging my existence, as I sobbed uncontrollably in his room.”  Her partner was so carelessly disconnected that he could not even comfort her. Clearly, he had become extremely bothered by her obvious need for emotional support. “Why doesn’t he care about me? Why can’t he just be there for me?” she asked, desperate for an answer. The actual dilemma was that he didn’t know how to be an emotionally strong companion. He had never been able to vocalize the way he felt and was unsure of how to be supportive to those closest to him.

He came off as being cold, selfish, and callous, but this was because he was not comfortable sharing feelings other than those he easily felt on the surface. His natural reaction was to push her away in her critical time of need, and this triggered her to close off as well. She became very uncomfortable with conversing about anything that was deep and meaningful to her, and eventually found herself internalizing the emotions she would have normally expressed. This destructive behavior soon set into motion a devastating spiral to the bitter end of their relationship.

It is important to understand the complex nature of anyone who struggles with emotional detachment from others, especially those that claim to love another person. Why couldn’t he just say how he felt? He seemed to care truly for her. What was so hard about the simple act of holding her as she cried for the loss of her friend? Why did this make him so uncomfortable, causing him to shut down and push her away? Why is communication a natural quality for some and an obscure characteristic for others?

There are many people in relationships facing this similar problem. It is common to find that people who battle this emotional disconnect tend to come from a family upbringing where communication is nonexistent. These types have a hard time understanding what the problem is, or why their relationships never last. Some people are unaware of how their problems with communication could be perceived as being heartless. It is a deeply personal awakening, one that can take years before it is completely realized.