How To Avoid The Flu 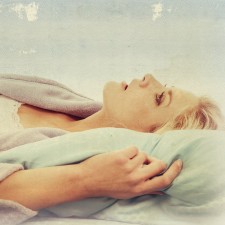 Sickness can steal our energy very quickly. It is difficult to work on your spiritual well-being when you are physically compromised. This time of year our bodies are more susceptible to the debilitating effects of the flu and other seasonal infirmities. What steps are you taking to keep these germs out of your home?

Dr. Mercola has some great ideas to help you avoid the flu this year that I believe will help you 🙂
-James

Flu Attack! How a Virus Invades Your Body  found on www.mercola.com

The video above gives a wonderfully clear illustration of what happens when someone nearby you sneezes… and you end up inhaling the virus. It’s said that a single sneeze may produce up to 40,000 droplets, which may leave your mouth at speeds of more than 200 miles per hour.1 While some of the heavier droplets will fall to the floor, others remain airborne and are quickly circulated around the room. If the droplet is infected with a virus, and you inhale it, the video shows how a single virus can quickly begin producing millions of copies within your cells.

It’s a frightening prospect, until you realize that your body has more than 1 trillion cells – making 1 million viruses a mere drop in the bucket.

Also important, your body is equipped with its own highly effective defense system – your immune system – that starts killing viruses almost as quickly as they are produced. As long as your immune system can stay one step ahead of the virus, you’ll feel better again quickly… and in some cases may not even know you were “sick.”

If you listen to public health agencies, you’ll quickly hear the message that ‘the first and most important step in protecting against the flu’ is yearly vaccination. But upon what data is this strong recommendation based?

During the 2012-2013 flu season, the flu vaccine’s effectiveness was found to be just 56 percent across all age groups reviewed by the US Centers for Disease Control and Prevention (CDC) —in essence, the statistical equivalent of a coin toss. In seniors, aged 65 and over, the US flu vaccines were only 9 percent effective.

The “gold standard” of independent scientific evaluation and analysis, the Cochrane Database Review, has issued no less than five reports between 2006 and 2010, all of which decimate the myth that flu vaccinations are “the most effective flu prevention method” available.

In real-world and not laboratory conditions, when a flu vaccine at least partially matches the circulating virus, 100 people need to be vaccinated in order to avoid just ONE set of influenza symptoms, according to Cochrane’s findings.

Yet as another flu season approaches, all these facts are conspicuously ignored by conventional medicine and media alike, and you’ll certainly never see them mentioned in any flu vaccine promotion campaign. What else won’t you typically see mentioned?

The fact that the status of your immune system is the most powerful determinant of whether or not you’ll get sick this flu season… with flu or one of the hundreds of other flu-like illnesses going around.

When it’s fall or winter and you start to feel feverish with a cough, sore throat, fatigue and body aches, most people automatically think “flu.” If you’ve had the flu vaccine, you may wonder how you still became sick. If you didn’t, you may wish you had. Yet, how many of these illnesses are actually the flu?

Most physicians don’t bother to do the laboratory testing required to find out, because the treatment for most flu-like illnesses is the same.

Only about 20 percent of all influenza-like illness that occurs every year is actually associated with influenza viruses because many types of respiratory illnesses with flu-like symptoms can be mistaken for influenza. About 80 percent of cases of suspected influenza sent to the CDC for analysis lab test negative for type A or type B influenza.

What is also not widely shared is the fact that “most people who get influenza will recover in a few days to less than two weeks” (this is a direct quote from the CDC2).

Those who do not are much more likely to be those with compromised immune systems who develop flu-related complications, like pneumonia or bronchitis. Most deaths attributed to the flu are actually due to bacterial pneumonia, and these days, bacterial pneumonia can be effectively treated with advanced medical care and therapies like respirators and parenteral antibiotics.

The CDC doesn’t even know how many people die each year from the flu, putting their estimates at between 3,000 and 49,000 people a year – and that is for “flu-associated” death, which means “deaths that occur in people for whom seasonal influenza infection was likely a contributor to the cause of death, but not necessarily the primary cause of death.” The reality is the vast majority of these deaths are due to pneumonia — not flu — which likely accounts for only a few hundred. Yet the CDC continues to use tens of thousands as a scare tactic to drive people towards flu shots.

Again, hearing about flu deaths (which are actually typically pneumonia deaths) further contributes to the fear-mongering urging Americans to get vaccinated against the flu… without letting the public know that they’re still entirely susceptible to all of the other flu-like illnesses going around. And also keeping quiet about the fact that a flu vaccine does not protect against the “primary cause of death” in most flu-associated deaths, which is pneumonia.

A far better approach would be to educate people about the importance of healthy eating, exercise and vitamin D levels – as, unlike the flu vaccine, these natural strategies do help protect against all of the viruses and bacterial infections going around since they work by bolstering your body-wide defense against all disease: your immune system.